Mix It Up: 3 Tips For Maximum Engagement With Internal Communications

We’ve all heard the cliche, “a picture is worth a thousand words.”

And, for the most part, we integrate that saying into our daily lives. You’d never dream of spending hours trying to describe the multicolored Hawaiian sunset you enjoyed on your last vacation—instead, you’d take out your phone and give an impromptu slideshow.

So why, when we know that pictures pack a thousand words’ worth of info into a single image, does company content seem so wedded to using only the written word?

In the last installment of this series, I stressed how vital employee contribution is to internal communications. Now, in the final post of the series, I want to open up the discussion to videos, graphics, and everything beyond the written word.

Check out more of our series: “Millennial Magic” and “Why Short Is So Sweet” if you haven’t already, where I further discuss why traditional internal communications falter when they force readers to wade through pages of text.

The fact is that our attention spans are brief—on average, we only have about 10-30 seconds to capture someone’s interest before they get bored and move on. One way to make sure readers stay alert and engaged is by making your content available in a wide variety of formats. Podcasts are an excellent option—especially if your company has a lot of employees that spend commuting hours driving—but what I really want to discuss are pictures, graphics, and video.

But don’t just take my word for it.

According to The Guardian, pictures are so engaging because they trigger memory reflexes. When we look at a picture, we take in its contents immediately—it’s almost literally seared on our brain, and we have an uncanny ability to recall it later:

Neuroscientists have known for many years that humans have an extraordinary ability to encode pictures. In one study, first carried out around 50 years ago and repeated since, people are shown 10,000 photographs and, a few days later, another 1,000—half from the original batch and half new. Within seconds, respondents point accurately to the ones they’ve seen before. Which is why, at this time of year when you look through a photo review, a picture glanced at six months ago will still chime and feel familiar, even though you couldn’t call it to mind a minute ago.

That’s powerful stuff. But even a photo’s power—you know, being worth a thousand words—is dwarfed by video. If a picture weighs in at a thousand words, then a one-minute video is worth an astonishing 1.8 million.

That may be why video content does so amazingly well. More often than not, the word “viral” gets applied to a video. And rightly so: not only is mobile video consumption growing by 100% each year, but it’s projected that video will comprise 80% of web traffic by 2019.

However, don’t just think you can take content off your company’s intranet, make a video, and sit back and reap the benefits of diversifying your content media. Here are three guidelines you should follow to get maximum employee engagement.

We can’t stress this enough. A long, rambling video is almost as taxing as a novel-length email. According to Hubspot, a 90-second video has a 53% retention rate, but a 30-minute video retains only 10% of its viewers.

Even if you make a 90-second video with a rockin’ soundtrack, viewers will tune out or click away if it’s filled with jargon. Use human language—after all, your company is made up of people and your content needs to be authentic.

Show a sense of humor.

Crack a joke. Get a little sarcastic. The best way to up the enjoyment—and the engagement—of your viewers is to use a voice that’s the opposite of stuffy. You want your content to be fun, so make sure that the tone of your video reflects that.

I know I’ve just laid a lot of wisdom on you, but if you remember one thing from this post, it’s that the more visual your content is, the better. Your employees are—like the rest of humanity—highly visual people. They respond to (and enjoy) pictures, graphics, and videos.

And you? You’re probably—like the rest of humanity—interested in getting a good bargain. And I can’t think of a better deal than a thousand for the price of one, which is exactly what you get when you swap out words for pictures.

Learn more about how you can become your organization’s comms hero. Download our ebook, 6 Ways to Attract And Keep Your Employees’ Attention now.

15 Ways to Improve Diversity and Inclusion in the Workplace 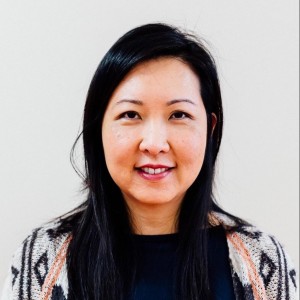 Charong leads content strategy at SocialChorus. After film experiments, gallery shows, and a novel, she took the plunge into content marketing for tech startups. When Charong is not weaving narratives, she curates a small zoo that her two children have somehow managed to assemble.

“If I can see myself in a Hilton ad, it feels personalized. If it includes people of different colors, ages and genders, I’m creating a

Buckle your seatbelts, we’re about to reach Cruising Altitude!