Attune 2021 marked many firsts for SocialChorus. It was our first fully virtual summit, the first exploring the digital employee experience, and the first time we were able to offer attendance at no cost. Considering all of these milestones, we made sure our lineup was engaging, entertaining and the complete opposite of a two-day zoom call. If you missed Attune, all sessions are now available on-demand! Here are a few we think were not to be missed:

5 Attune speakers you should know

Author, speaker and Harvard Business Review contributor Greg Satell first learned the secrets to business transformation in an unlikely place: a newsroom in Ukraine. Satell managed a news organization during the Orange Revolution, a national protest that formed in response to corruption in the 2004 Ukranian election. Satell became fascinated by how the movement was able to spread so quickly—or go viral—without being driven by traditional leadership.

His research into the topic ultimately became the bestselling book Cascades, which explores how to drive rapid transformational change through small, loosely connected networks with a shared purpose. Satell shared these tactics, and what he’s learned implementing them over his 10 years as a business innovation adviser.

During a distinguished political career working for Senator Dianne Feinstein, the US Treasury Department and a progressive think tank, Anna Soellner couldn’t have foreseen her path leading to “the front page of the internet.” Yet as senior director of communications at Reddit, her political experience as a comms partner for leadership has been invaluable.

Soellner has helped Reddit leaders build external accountability, ensuring a direct connection between the site’s 300 million active users and the company’s CEO, and creating a continuous feedback loop that allows user comments to be heard and implemented by leadership. Internally, she’s guided Reddit to embrace the idea that communications can’t only come from the top—and she explained why this perspective is key to the next evolution of employee comms.

As VP of HR product and services, Erica Cary sees herself as the conduit between business, technology and process. What that means in practice is that she is the keeper of the digital experience at Hilton, both for employees and for customers.

In episode 25 of our “Culture, Comms and Cocktails” podcast, she described her role as “reimagining technology for our team members…taking them to the promised land all the time in terms of technology and all the wonderful things that it can do to enhance the way we present ourselves in the marketplace and in the workplace here at Hilton.” During our 2-day virtual summit, she delved into the insights she’s gained as an experienced technology leader, and discussed how she helps Hilton push the boundaries of communication and collaboration.

Years before she became SocialChorus’ founder and chief strategy officer, Nicole Alvino began her career at a company as infamous as it is famous: Enron. When the scandal broke, it left her questioning whether she wanted to continue in the business world at all.

After much soul-searching, she decided that while business was her passion, so was ethics… going forward, she would only commit to companies where she could control the culture and ensure it was ethical. That decision eventually led her to co-found a software company that empowers employees and companies: SocialChorus. At Attune, she kicked off the event by sharing what she’s learned on this non-traditional career path, and why, in this era of great change, it’s mission-critical for companies to digitally transform the employee experience.

The last speaker on our list hardly needs an introduction. Malcolm Gladwell has become a household name for interrogating commonly held beliefs in everything from corporate culture to popular culture. He uses a combination of statistical research and anecdotal evidence to continually bring new perspectives to light. Tipping Point, his first book to rank on the New York Times Best Seller list, quickly became required reading in MBA programs across the country. His third effort, Outliers, questioned our rudimentary understanding of success, a topic so compelling that the book has spent 287 weeks on the Best Seller list.

But, as much as he’s recognized for challenging conventional wisdom, the key to Gladwell’s own success may lie in a different skill set: engaging an audience. He has a deep understanding of his audience persona, spends hundreds of hours vetting his ideas with other writers, and publicly tests them in speaking engagements and on his podcast. At Attune, he used his engagement knowledge and unique outlook on business to explore how companies can better connect with the workforce of the future.

This roster is just the start of what we shared. Watch any sessions for free, at attune-summit.com. 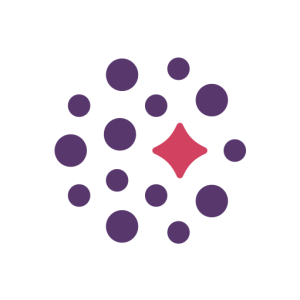 SocialChorus is the creator of FirstUp, the platform that makes the digital employee experience work for every worker. Using our powerful orchestration engine, we bring personalized information and systems access to every employee where they are—on any endpoint or device, in any language, anywhere in the world. Whether they’re wired, mobile, frontline, distributed or essential, FirstUp gives employees what they need to do their jobs efficiently, and companies what they need to achieve agility. That’s how we help enterprise customers like Amazon, ABInBev, Ford and GSK continue to transform their businesses.

Extreme Networks explains how they increased employee engagement with company updates from 20% to 90%.

What defines a great employee experience and what are the barriers to achieving it?