Keys to Create an Informed, Aligned, and Supported Workforce My first job out of college taught me a lot about ethics—the hard way. Initially, I thought I had an amazing job with incredible opportunities. As a member of the CFO’s SWOT team, my bosses gave me power of attorney and asked me to fly to the Cayman Islands to buy a $400 million Turkish power plant. I was 23 years old. I remember staring at 10 stacks of documents I was about to sign. As far as I knew, it was all part of my company’s mission, which was to be the engine for change and capitalize on the new opportunities that change created.

My company was known as a darling of Wall Street. It had a meteoric stock rise. It disintermediated stodgy industries and made markets in everything from natural gas, to electricity, trading weather derivatives, and broadband capacity. Everyone had a cavalier attitude; we thought we were smarter than our bankers, our attorneys, and our accountants—we believed that we were truly the smartest people in the room.

That’s right: I worked at Enron.

When news of the company’s financial scandal came crashing down, everything I believed about business and leadership crashed along with it. It was completely disheartening. I loved business, and I loved disrupting industries, but what did Enron’s accounting fraud mean? Was it me? Was it them? Was this just how things were done in the world of business and finance?

Feeling like I needed to step away from it all, I took a laptop and a backpack and headed to the South Pacific for five months, with the plan of writing a book. After a solid solo backpacking trek, I decided I was ready to come back to the U.S. and attend business school, after all. But I promised myself I would not work in corporate America – only in environments where I could control the ethics and culture. Since then, I’ve kept my word.

Today, I’m the co-founder of SocialChorus. We’re a platform for better, more engaging workforce communications. We believe companies thrive and win when all their workers feel informed, aligned, and supported.

As we continue to see companies make headlines for mistreating employees or customers (think of the scandals at Uber, Wells Fargo, or United Airlines), we’re reminded time and again of the consequences of unethical behavior. My experiences have taught me that corporate ethics, integrity, and trust must be at the core of your culture if you want to succeed. This year at SaaStr Annual 2019 I presented the five most important lessons on how to innovate successfully—while also keeping your ethics in check.

If you want to learn more about how to cultivate a culture of ethical leadership at your company, I’ll also be speaking at SocialChorus’ annual conference, FutureComms 2019 on April 24 in New York City. Lesson #1. Tell the truth. Be transparent.

When she first came on the scene, Elizabeth Holmes was an amazing visionary who was going to change the world. Her company, Theranos, promised early detection of cancer and diseases with a single (and low cost) pinprick of blood. Early on, her company was valued at $9 billion by investors. But in October 2015, The Wall Street Journal published an investigative report questioning the integrity of what the company claimed its product could do. By 2018, Holmes and her company were profiled in a riveting book, Bad Blood. I highly recommend it. If you don’t have time to read the book, here’s a spoiler alert: She lied. She never had a product that really worked. She lied to employees, investors, partners, the media, regulators. The whole thing was a lie. Ultimately she was charged by the SEC with massive fraud; her company is now worthless and basically nonexistent. As part of a settlement deal, Holmes paid $500,000 without admitting any wrongdoing; she’s banned for the next 10 years from serving as an officer or director of a public company.

Lies don’t lead to good outcomes for leaders, employees, or customers. If you want to see examples of companies and CEOs doing it right, watch some of our customer videos. We’re proud they are using our platform to publish authentic and truthful communications to ensure they communicate with transparency on everything from mergers and acquisitions to crisis communications.

Lesson #2. Use the grandmother and the five-year-old lens.

“Is this the right decision? Does this idea align with our values?”

At Enron, our crazy deal structures were a terrible idea. But no one asked the tough questions. Unfortunately, insiders and sometimes even highly educated professionals don’t always ask questions with the clear eye of an outsider. That’s where grandmothers and five-year-olds come into the picture.

Think about it: most grandmothers and five-year-olds don’t understand what Software as a Service (SaaS) is, for example. So, if you’re explaining what you do to a grandmother, you’ll probably  talk about the value of your product or service. “SocialChorus helps companies better communicate with their employees.” Okay, my grandmother can get behind that.

Similarly, five-year-olds often ask “why” because they’re trying to make sense of the world. With my five year old, it’s always “Why? But why, mommy? Why are people on your app?” My explanation to him is:  people use SocialChorus to make people feel better about the company they work for.

Whether it’s a five-year-old’s or a grandmother’s perspective, stepping back can help you evaluate your ideas from an outsider’s perspective. If I had wanted to explain what happened at Enron to a five-year-old, the only logical answer would have been: “We kinda didn’t want to follow the rules and we did what we wanted.” Clearly that lens was not used in those deal structures. Lesson #3. Empower your employees to have a voice.

Looking back, there were a bunch of warning signs and red flags that I noticed during my time at Enron, but I just assumed we were pushing the envelope and what I was seeing was normal. I asked a few questions and was told all public companies do this—we “push the envelope.” But, based on what we saw, many of us were still left with questions.

One of the ways to root out fraud, deception, and unethical behavior is to listen to the voices of your employees—sooner rather than later.  It’s up to leaders to listen and take action when ethics are going off track in a company.

In the above photo is Google, one of the most progressive companies in the world. Twenty thousand  employees walked out in protest of how women were being treated. Their CEO encouraged it. And when you think about it, the higher you get in an organization the more selective our view becomes. Leaders don’t necessarily get a broad spectrum of feedback about what’s going on in a company at every level. You have to let your employees have a voice, so you have a clear view of what’s happening at all levels of your company, for all employee segments. At Enron, bad behavior was the name of the game. If you could drive earnings, you could act however you wanted. Affairs in the office (literally in the office). Lunches at strip clubs. Boondoggles in Cabo. This encouraged bad behavior.

If you don’t get rid of bad apples quickly, you are condoning bad behavior. Leaders need to act quickly when they see bad behavior, because they have a responsibility to create a safe, productive environment in which all your employees can work and thrive. The worse the behavior, the bigger the negative impact it will likely have. Sure, Travis may be the biggest jackass and a genius who makes you a fortune. The latter fact doesn’t cancel out the former.

We had an incident last year at our user conference. We had an employee who acted  inappropriately. We heard this from a customer and two of our employees. And we had to get rid of that individual. The minute that we would’ve allowed that person to stay would have meant we condone that behavior. It likely would’ve happened again, probably by this person and maybe by others as well. Your actions as a leader set the tone for how you expect and want employees to act. Lesson #5. If something sounds too good to be true, it probably is.

A natural part of building a business involves taking risks. That’s how companies become great. Taking risks can be  really hard. If things seem too easy, they’re probably not right.

If you have a feeling of dread in the pit of your stomach, the potential financial gain is never worth it. For example, in order to capitalize a Special Purpose Entity (SPE) legally, Enron needed 3 percent outside equity. So some former colleagues at Enron we asked to invest $5,000 of their own money in the project, and got back one million dollars a month later. Yep, that’s too good to be true.

At Enron, I don’t think anyone ever said, “I really want to be the architect of the biggest bankruptcy in history,” or “I want to defraud shareholders today,” or “I want people to lose their pension because it’s in Enron stock.”

The deception and fraud weren’t so blatant at the start. The demise was incremental. Each ethically questionable decision eventually led to even more serious unethical behaviors. A lack of ethics exists on a continuum. Early-stage bad behavior may not seem that bad—but if you don’t recognize it and nip it in the bud, it can spiral out of control. At SocialChorus, we’re transforming industries, and we hope we’re changing the world for the better.

Join us at FutureComms 2019 on April 24 in New York City at the historic Gotham Hall to hear more about how we empower the world’s largest organizations to reach every worker—from the head office to the front line—to create connected companies.

How to Connect and Build Culture with Frontline Workers 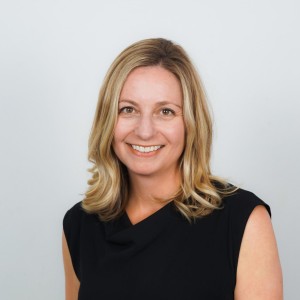 Nicole is our Chief Strategy Officer and works with executives across our customer base to ensure we are powering communications transformation with true business results. Prior to founding SocialChorus, she was the Founder and CEO of Dermalounge and a pioneer in using new technologies to engage and empower employees before it was a Gartner Quadrant. Listen in as SocialChorus Strategic Advisor Kyla Turner chats with Paul Baltes, Director of Communications at Nebraska Medicine, about the challenges of being one of