Internal communicators already know they need to compete for employees’ attention. And when their attention is not on their work, there’s a high likelihood they are spending time with GAFA (Google, Apple, Facebook, Amazon).

These companies hold so much power and market share that their effect on “downstream” markets, not to mention concerns around personal privacy, are starting to have a disruptive impact on consumers’ lives. How much power and influence is too much?

Recently, SocialChorus held a webinar with L2 founder and New York Times bestselling author Scott Galloway to discuss just that. Scott will be giving the keynote speech FutureComms on April 18, and we wanted to dig into the bold ideas from his recent book, The Four, in which he discusses the “hidden DNA” of Apple, Facebook, Google, and Amazon—and proposes breaking them up to correct what he calls the market failure that led to their overwhelming dominance.

Modern Gods of the Internet

Scott makes a controversial claim: these four companies have become modern “gods,” in that they are able to satisfy very basic human needs. In a non-metaphoric sense, they have a combined GDP greater than all but four countries on Earth, and he claims that together, they are more powerful than any country other than the US or China. But his most surprising opinion is that he doesn’t see this as a success story—he thinks that this unprecedented power comes from treating tech innovators like immortals and not holding them to the same kinds of scrutiny that we do other civic actors.

Breathing Life Back into the Marketplace

His solution is to apply adequate political regulation to them, as often threatened but never carried out. The fines that regulators hand down are like “a 25¢ fine for violating a $100/hr parking meter,” he says—in effect, telling them that the economically rational thing to do is to break the law. This kind of hands-off approach, despite seeming to get government out of the way, represents a market failure in his eyes.

For this, he’s been accused of being a “socialist” on Fox news—but he says he’s a full-throated capitalist who simply believes we need to “oxygenate the marketplace.” The capitalist thing to do, he says, is to ensure that companies that engage in non-competitive behavior are put in check. What does that look like? Breaking them up, just as Roosevelt broke up the railroad barons’ holdings, and the DOJ broke up “Ma Bell” in the 80s, resulting in the incredible torrent of innovation.

Here are a few questions asked during the webinar with Scott’s answers:

1. You glossed over the demise of the advertising industry, especially on the agency side. Can you please elaborate on these market conditions and the future you see?

We have officially entered the era of what I call ‘the death of the advertising industrial complex.’ Advertising has become a tax that only the poor and the technologically illiterate pay. Over 75 million US internet users will use an ad blocker in 2017, and within 12 months, I predict that there will be some sort of default setting or a feature activated by a single click that will let everyone get rid of ad pollution. A paywall is the better of the two strategies, but is it going to save the media industry? I doubt it. Even if you could force everyone to pay for their news, it wouldn’t solve the bigger issue facing media companies right now. Facebook and Google represented 103% of the growth in digital advertising this past year. Meaning if you’re in media and don’t work for Facebook or Google, your company, along with all other forms of digital advertising, including newspapers and magazines, are officially in decline.

2. Would it be most beneficial to have a deep understanding of human behavior or technology when looking to create a business?

It depends on the business, however, understanding human behavior and technology are both extremely important if you want to scale and reach consumers. That being said, I am a firm believer that entrepreneurs are born, not made. We romanticize entrepreneurship, but it’s hard … really hard. The traits of successful entrepreneurs haven’t changed much in the digital age: you need more builders than branders, and its key to have a technologist as part of, or near, the founding team. But I think there are 3 tests or questions:

3. Will Netflix join the Four (Five)?

The true Fifth Horseman, if you are talking about big tech is already there, it’s Microsoft. Microsoft is the third largest tech/internet company in the US, right behind Apple and Google (Alphabet), and above Amazon and Facebook. I didn’t mention them because I think of them as a B-to-B company, which tend to appeal to the more rational side of business.

Typically, though, I would have said that the good money for the fifth Horseman is Netflix as consumers who stream TV shows are increasing across age groups and more Americans now subscribe to Netflix than cable television. However, Disney’s 66-billion-dollar acquisition of 21st Century Fox could make the Mouse a viable competitor to both Netflix and Amazon. Disney is an old economy firm with the scale, access to capital, and leadership to develop a Prime-like offering.

Whatever the outcome, though, Galloway’s insights on the nature of these tech giants should give us all pause. And with the speed of the news cycle, he’s sure to have a lot more to say about them at FutureComms. Watch the video here.

15 Ways to Improve Diversity and Inclusion in the Workplace

How Work Will Work Post-Pandemic 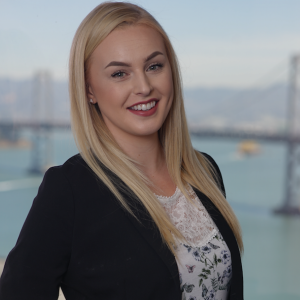 Jessica Brook leads Demand Generation and marketing operations at SocialChorus. She is a metrics-driven marketer who has experience in account-based marketing, lead generation, and event marketing. When not at work, Jessica enjoys spending time at Disneyland.

Building a Business Case for IC Investment with Rachel Miller

On this episode of Culture, Comms, and Cocktails, we have Rachel Miller, Director at All Thing IC.

Webinar Recording: Prospering in the Digital Workplace; Insights from Behavioural and Neurological Science

Finsbury and SocialChorus have teamed up to host this webinar to explore the long-haul impact as people transition into this next phase of the virus and return to work, albeit in a different way.