Last week, I attended IABC’s World Conference in Vancouver and had the privilege of recording a couple of episodes with some industry veterans and voices while in attendance.

Today’s episode is with Mike Klein from Changing the Terms. If you want to hear last week’s, just go back a step and listen to Michael Nord, a member of IABC’s International Executive Board. They’re both great conversations.

With Mike, we’ll chat about what it means to be a regional chair at IABC and the power of employee advocacy.

We feature communications leaders every second and fourth Tuesday of the month. Don’t miss an episode of Culture, Comms, & Cocktails. Subscribe now wherever you listen to podcasts (Apple, Google Play, Stitcher, etc.)

Chuck Gose: Have you kept track of how many World Conferences you’ve attended?

Mike Klein: I haven’t kept track, but I’ve kind of boiled it down to six.

Chuck Gose: Six of them? Do you remember the first one?

Mike Klein: I was a volunteer at one in Washington. Then, I attended on later in Washington. I’ve attended two in Vancouver …. Two in Toronto, one here in Vancouver, one in New Orleans. Somehow, I think, I’ve been to an additional one, but I may have forgotten that at the Canada party.

Chuck Gose: Then, people are hearing an American accent, but you don’t live in the US, you live abroad?

Mike Klein: No, I haven’t lived in the US full time since 2003. I actually left initially back in 96.

Chuck Gose: Where do you live now?

Mike Klein: I live in [Delft], in the Netherlands. I’ve been an IABC member, activist, agitator, board member, regional board member, and most recently, regional chair, off and on since 2001.

Chuck Gose: What does it mean to be a regional chair? What does that mean to someone?

Mike Klein: It means a different thing to whichever region you’re in.

Some regions are in better shape than others, but it means, ultimately, to be an advocate for IABC, IABC membership, for recognition of IABC as a force for good across the range of communication industries, and also as a natural home for many internal communicators out there.

IABC is not an internal comms association, but it has a very strong internal comms thread to it. As the world becomes increasingly aware of the importance of internal communications, the internal dynamic to the external performance and messaging, I have a sense that IABC’s time is really about to come.

Chuck Gose: Now, a lot of people associate Would Conference with IABC and vice versa. They bring those two together. For somebody who’s never been to a World Conference, it’s a bit of an investment.

Chuck Gose: Financially, time commitment. Why do you … You’ve said you’ve been to six, maybe plus one more. What do you get out of it?

Mike Klein: It’s probably six. What I get out of World Conference is a number of things. I’ve had the good fortune of speaking or having an actual role at most of the World Conference’s that I’ve attended. So, that certainly defrayed some of the expense of going. That stuff is earned, as well. One year, I was actually a blogger in residence.

Chuck Gose: I remember that. I forgot about that.

Mike Klein: I just basically blogged every day, and helped put what was being said into an IABC context, to help put IABC into a broader context of world communications, the world’s communications community.

Most of the time, I’ve been a speaker. I’m currently speaking on The Four Dimensions of Internal Influence. Internal influence is something that’s really at the core of my offering, and also what I speak about in my blog, Changing the Terms.

There are immense diversity and cross-fertilization that happens at World Conferences that don’t happen, that doesn’t happen, at other conferences. We’ve got more than 60 people from Asia-Pac alone here.

The massive turnout from a very far place, that’s come here because they know World Conference is the place to cross-fertilize with leaders and agitators, and committed professionals from other disciplines.

Chuck Gose: Now, this always makes for bad audio, so I’ll do the best for my scribe.

You’re wearing a button that says, “I Love Advocacy” on it. What’s the intention behind that?

Mike Klein: Even though it applied by a vendor, it’s something that I’m co-opting.

I was on the IABC Advocacy Task Force back in 2007. I remember doing conference calls at 10 PM, 10:30 PM at night. I’d just moved back to the Netherlands, and it was still light out as it is at 5 PM in the afternoon here in Vancouver.

I had this enduring memory of being on the IABC Advocacy Task Force 12 years ago, but also advocacy is a huge part of who we are as communicators. We decide what to talk about, ultimately.

Influencers are asked, ambassadors or leaders, they’re asked to communicate on the back of their organizations. It’s only the advocates that really initiate conversations.

Chuck Gose: Do you think this is something that companies just aren’t grabbing onto the right way? Are they using the wrong terminology? Does the terminology not even matter?

Mike Klein: The terminology that organizations use to describe the conversations that take place within their walls does not work, except to the extent that it tries to help them maintain control of those conversations.

I don’t think it’s intentional. I don’t think that there’s this big conspiracy out there to use the wrong terms to screw up the right things.

Mike Klein: But, if you use the somewhat more rigorous vocabulary, and you identify these roles … This is the talk that we’re giving at World Conference tomorrow … that you’ll have a lot more leverage to get the right people saying the right things at the right time and reduce the noise.

Chuck Gose: What do you find … We were both in a session earlier around, where do employees get their information, where they trust information. Where does that conversation fit, then, within these four dimensions that you’re talking about?

The influencers then go, depending on how well briefed or ill briefed they are, and says, yeah, I heard something about this. It does kind of makes sense. Or, does this A, B, and C that I know mean that D is about to happen that I need to talk about?

The influencers are great at creating sense, but they’re also great at spreading rumors, especially when they haven’t been briefed properly.

Chuck Gose: Right, right. I’m going to ask the same kind of question, but two slightly different themes. We don’t know where World Conference in 2020 is going to be, or at least it hasn’t been officially announced yet, where it’s going to be.

If we were sitting across the table then, what would you like to see happen in this advocacy conversation in the next year?

Mike Klein: Align with the views of former IABC chair, Michael [Ambjorn]. I would like to see a big chunk of this conference, a big day, maybe Tuesday, given over to an un-conference. Actually to get the people of this profession to engage, to formulate, to decide the next conversations that we’re going to go through.

The thing about World Conference that makes it a strong, traditional conference is we’ve got great speakers, we’ve got great locations, and we’ve got a large group of delegates who are here mainly to consume that information.

I was told that 57% of the participants in World Conference are new. That’s great for the revenue, that’s fantastic for revenue. At the same time, it also sends a message that the people who drive the conversation in this industry aren’t all here. We need to do something to get all of us into the same room, working together as well as competing.

Chuck Gose: For those that aren’t familiar, what is an un-conference, if somebody has never been a part of something like that?

Mike Klein: Really what you do is you start at the beginning of a day, everybody introduces themselves, they say why they’re there. You have a meta topic, and then people set up their own sessions.

Mike Klein: You’re free to leave, that’s the law of two feet. When it’s over, it’s over.

Chuck Gose: I would imagine with a conference, with so many new people, that could be intimidating for some if they’ve never been in this environment before?

Mike Klein: It can be intimidating, although it can also be very welcoming. What I found is once it gets started, people say it’s the best thing they’ve ever done.

Chuck Gose: That’s good. All right, so let’s wrap this up with a cocktail recommendation, how we end every episode of Culture, Comms, and Cocktails.

In fact, they even had one on Air Canada, once. They gave us Crown Royal. It was fantastic.

Chuck Gose: If you enjoyed what you heard from this episode and want to check out others, find Culture, Comms, and Cocktails on Apple Podcast, Google Play, Spotify, or wherever you like to listen. When you do, hit that subscribe button so you don’t miss any future episodes.

This has been Culture, Comms, and Cocktails, internal comms served straight up. Thanks for listening.

Missed an episode? Sit back and enjoy all of the interviews on our podcast page.

Better Internal Communications For Your Workforce – Now Is The Time 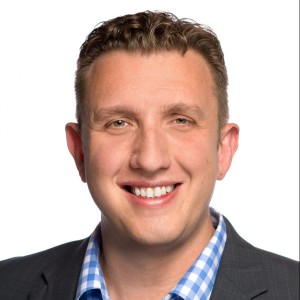